Travis Holland is an instructor pilot in the Phenom 100 and 300 and has been teaching owners and pilots transitioning into turbine aircraft since 2006.

Not only is Travis an instructor pilot, but he brings so much more than flying skills to the pilots he instructs. Travis owns and operates several aviation related companies under a parent company Holland Aero which specialize in global flight support, international flight planning , and aircraft acquisition and sales. He has been been flying for over 20 years starting as a corporate pilot then dedicating his skills to transition owner pilots into high performance turbine aircraft. His business acumen bleeds over into his instruction in the cockpit making each pilot better informed overall.

By specializing in international operations, Travis has also developed a unique skill set that he brings to each pilot. Travis has FAA, EASA, and Transport Canada pilot licenses, and has extensive instructional and operational experience on every continent. With over 9000 hours of pilot time, and over 5000 hours of turbine instruction in several different models, Travis adapts his training to each client’s learning style. He is type rated and current in the Phenom 100 and 300, HondaJet, Citation Mustang and CJ series, and Gulf-stream IV and V.

Travis brings his passion and perspectives of international general aviation to all of his flying, enriching the instructional experience.

Travis lives in Bellingham Washington with his wife Alisha and enjoys skiing and working in the yard during his down time. 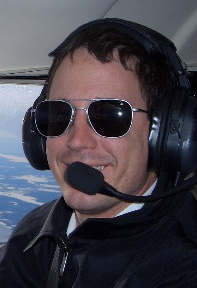