He actively flies the Eclipse Jet, Phenom 100 and other business aircraft as pilot, instructor, and FAA Designated Pilot Examiner (DPE) and Pilot Proficiency Examiner (PPE) in the Eclipse 500.

John earned his CFI in 1992, and found himself specializing in instrument instruction. As a part-time instructor, he has given hundreds of hours of instrument and other instruction, always learning at least as much as the student. When not instructing and flying as the PIC, John gets the chance to try out techniques that may be useful to his students. Doing this, he has discovered and applied numerous ones that help (and several that do not).

From 2005-2008, John worked full-time in corporate aviation as a captain in a Hawker 400XP. To accomplish that, he was pulled rapidly from the world of pistons into jets, so he relates to what the typical new Eclipse pilot may experience. In corporate aviation, John flew with several senior pro pilots who demonstrated superb airmanship. He learned methods for getting aviation tasks done quickly, thoroughly, and with very little effort. Ever the instructor, John worked hard figuring out how to teach these methods to others. By October 2015, John was appointed by the FAA as an Eclipse Pilot Proficiency Examiner (PPE). This allows him to administer the required 61.58 FAA annual check ride during recurrent training.

When he is not piloting or instructing, John is an emergency veterinarian. He owns and operates Pet Emergency Clinic in Lake Charles, Louisiana. He has found that his professional background helps him relate to the type of successful professionals who typically operate the Eclipse Jet. 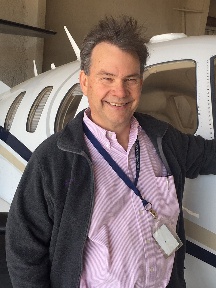