Manny has been training in the Phenom 100 and 300 since 2012 working at CAE Simuflite as an instructor and FAA Training Center Examiner (TCE). Manny brings both his in-aircraft skills and the formal training of the simulator program to his students to give a well rounded training experience.

Manny got his aviation career off to a start in the US Air Force. Immediately following his pilot training, he became an instructor pilot in the T-38 and discovered he loved to teach. In 1972 however, he was called to serve in southeast Asia flying combat missions in an OV-10B Bronco as a Forward Air Controller (FAC). Throughout his military career, Manny flew several jets including the T-33, A-37, and finishing in the F-100 for the air national guard until his separation.

Following the military, Manny flew for American Airlines flying just about every aircraft in their fleet advancing to a captain on the B-777. After a 31 year flying career with American, Manny retired, but immediately rekindled his love of teaching as a B-777 instructor with CAE in Sao Paulo Brazil. Because of his easy-going teaching style, Manny was quickly selected as an instructor and examiner to teach owner / operators in the Phenom 100 and 300 in Dallas Texas. Manny loves to teach pilots, but bringing his 24,000 hours of military and airline experience to the general aviation pilot is what he does best.

Manny lives in Dallas Texas with his wife Julia and is a proud father of a daughter and a son who is a recent graduate of the naval academy. 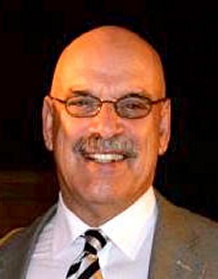