Mark Gardiner is an Eclipse 500 instructor pilot and has been teaching pilots from the very beginning of his aviation career.

Mark was typed in the Eclipse in January 2008. Since then, he has mentored/instructed and flown over 1500 hours in the Eclipse Jet. As you will see, Mark has the unique quality of being a teacher and a pilot.

Mark started flying in college and has been in aviation 47 years with over 15,000 flying hours in 42 different aircraft. He became a staff flight instructor in 1971 at Louisiana Tech University while completing his BS degree in Professional Aviation. In addition to flight instruction, Mark has a varied aviation career which includes charter, commuter airlines, air ambulance, and a government contract airline. After all his flying, Mark came back to what he does and loves best – teaching pilots.

When he is not flying and teaching, you can find Mark in Albuquerque New Mexico playing a round of golf, fishing a quiet river, or snow skiing down a mountain. And in Albuquerque, he might just be doing all three on the same day. 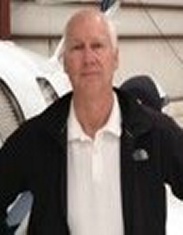